Group walk with Hamish Fulton saw Fulton recreate a walking performance hed previously carried out in a car park in Leeds. the work was presented as part of part of Re-Tracing the City, a programme of walking based public artwork.
Over 100 subscribed participants descended on the car park and were invited to pick a natural line, of any length, in the surface of the concrete. It might have been a long crack, or fissure, or the remnant of a painted line. Once chosen and in position, each performer was asked to traverse their line, but that it had to take them 2 hours to do it. The walk was to be carried out in silence.

As documenters, we were asked to only capture the event from the sidelines, so as not to disturb the performers, so again, this meant the the use of long focal length lenses, and a creative approach to the documentation process. The setting was dramatic, against the urban backdrop of britain's second biggest city which helped to frame the shots.

There were several documenters present that day, as the event was also being covered by the Ikon Gallery, currently exhibiting work by Hamish Fulton and offering this performance in conjunction and partnership with Fierce. This was a great opportunity for me to observe other practitioners' approaches to the process. 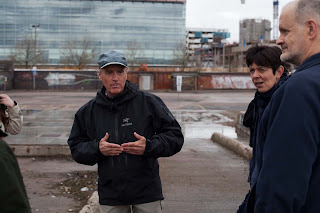 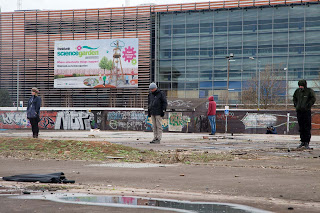 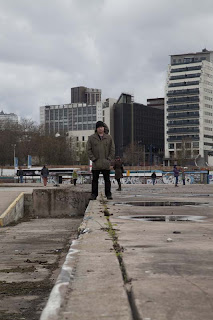 The great thing about this work was the time afforded to us as documenters. The pace was slow, and the duration long, which meant we had the time and opprtunity to carefully consider the framing and composition of the pictures - a luxury not normally afforded in this area of photographic endeavour.

The final performance of the day was the Fierce Festival Feast. Trevor Pitt has locally sourced a cornucopia of talent for what promises to be an extraordinary Fierce Festival closing party – a feast of eccentric and traditional English food, ale and entertainment. 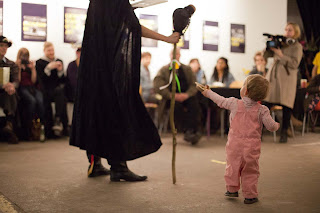 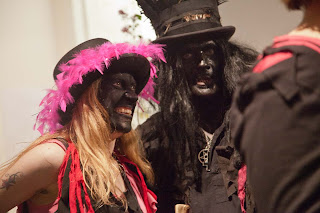 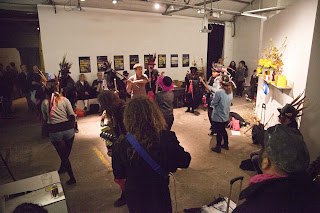 The difficulty of capturing events held in really small spaces, in low light conditions, involving lots of quick-fire rapid actions, meant that I found this final event was the hardest to photograph. It really tested the ability to use the camera creatively. I found that I was shooting almost constantly, in order to capture sufficient material. The need for fast lenses and the ability to position myself as close to the action as possible without being intrusive to the performances.

Event documentation is an attractive and interesting area of photographic practice, if for no other reason that no two days/events are the same. The performances differ, the venues differ and the people differ, meaning that each event has a freshness to it. Some core strategies remain the same, in how you cover the event, but in a lot of ways your approach is dictated by the particular set of circumstances you find in front of you.

Day two - Saturday 7th April - began at Birmingham's Symphony Hall. As part of the Hall's 21st Anniversary celebrations, and in conjunction with Fierce Festival, the Hall became a laboratory of ear-opening sound experiments, a chance to discover the mechanisms behind sound and explore areas of Symphony Hall not usually open to the public. Curious Sounds in Curious Spaces featured music based performances, installations, educational interactive activities and workshops for all the family.

The space was full, as the day was really well attended, with a lot of young children enjoying the activities. In terms of documentation, this might have led to an ethics problem, however, Fierce had placed a number of prominent disclaimer notices advising that photographic and film documentation would be happening throughout the venue.


CURIOUS SOUNDS IN CURIOUS SPACES -A journey around Symphony Hall for adventurous ears of all ages. 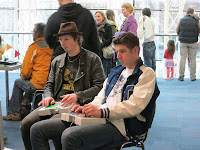 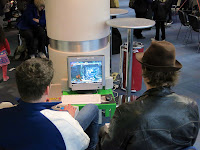 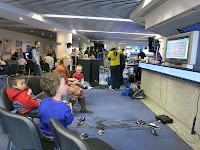 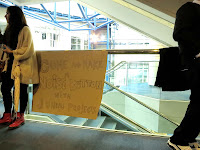 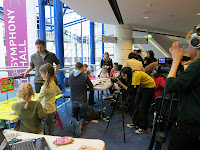 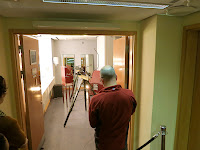 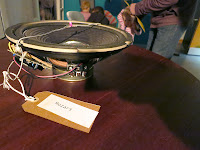 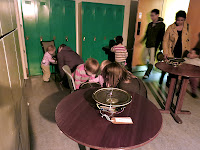 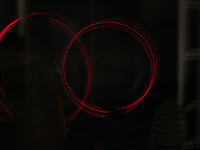 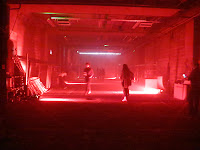 The Feral Choir – For almost a decade Phil Minton has brought together professional singers and members of the public alike to participate in his Feral Choir. For the celebrations, groups from the Symphony Hall Learning, Outreach and Participation teams will perform. A series of workshops over a number of weeks will encourage the participants to consider the potential of their bodies to create sounds and noises beyond the traditional act of singing.

Graeme Miller – Picture and Piano is new work specially created for the stage of Symphony Hall. In a concert-installation, a player piano slides into the distance accompanied by its own movie. The piece modulates the receding music against an approaching landscape as the instrument makes its bid for freedom. 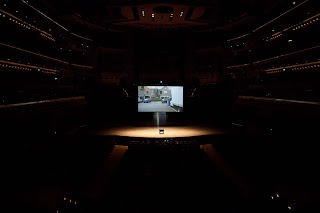 Bill Leslie and Stephen Cornford’s piece Tuning Up which uses sections of harmonicas and helium balloons. As the balloons are released, the helium makes them ascend to the ceiling, where they gradually deflate exhaling helium through the harmonica and thus emitting a sound 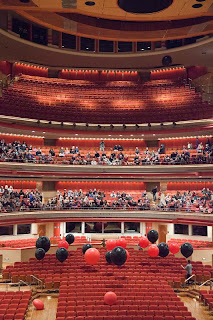 The 6 hour event was like a mini performance festival on its own. 6 live performances in the Symphony Hall itself, whilst outside in the 4 level mall, over 20 other installations, workshops and performances meant there was an enormous amount to cover. The challenge for the documenter here was one of time-management, and skilfully capturing the crucial images, quickly, and more importantly, knowing when the successful image has been taken. The Symphony Hall programme and structure allowed for a documentation plan - providing a framework, and each performance stuck to its allocated timeslot. This allowed a set amount of time to visit all, or as much of as possible, of the other events. It's impossible for one documenter to capture everything, so the idea is to capture an overview, with some specific details, in order to tell "the story" of the day.

Other issues, were mainly light-based - indoors meaning use of high iso settings again, though in the instances of covering the non-Symphony Hall activities, use of flash was permitted.

Having little prior warning as to the content of the performances, meant being ready for whatever was thrown at you visually. Ideally, as a documenter it would be good to have a briefing prior to the performance, so as to be aware of what would be happening, what the performers' and organiser's expectations were. That was not the case in this instance.


Part two of day 2was the culmination of Eloise Fornieles' "The Message" About 50 people turned up to see her set fire to the wooden crate - the performance was scheduled to take an hour, however, the fire took a lot longer than anticipated to take hold and it was nearly 3 hours before the crate was completely burned and the hidden sculpture exposed. This meant that the official documenters missed the denouement, as there were further scheduled events to cover. I was able to stay and document the end of this work. The unpredictable nature of live art and live events, means that not everything goes according to plan. Having more than one documenter is a way of covering all bases. 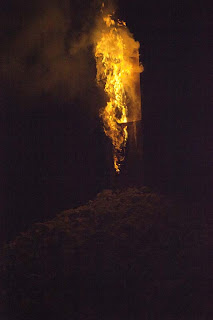 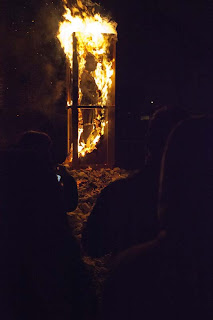 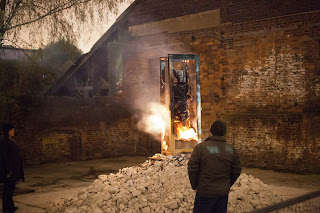 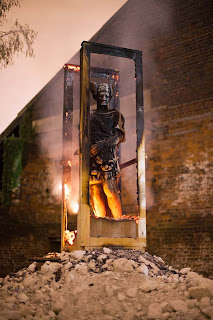 A problem arose late in the evening though that re-iterated the need to be prepared. The Fierce film documenter Kate Rowles had to leave to document another performance. The Fierce director, Harun asked me to film the last part of the burning process, but my memory card was full with a day's shots meaning the opportunity was missed. The documenter should be covered for all possibilities and eventualities, especially in terms of equipment. This means spare memory, batteries, a selection of lenses, an extra camera carrying a different lens, protection in case of rain etc.